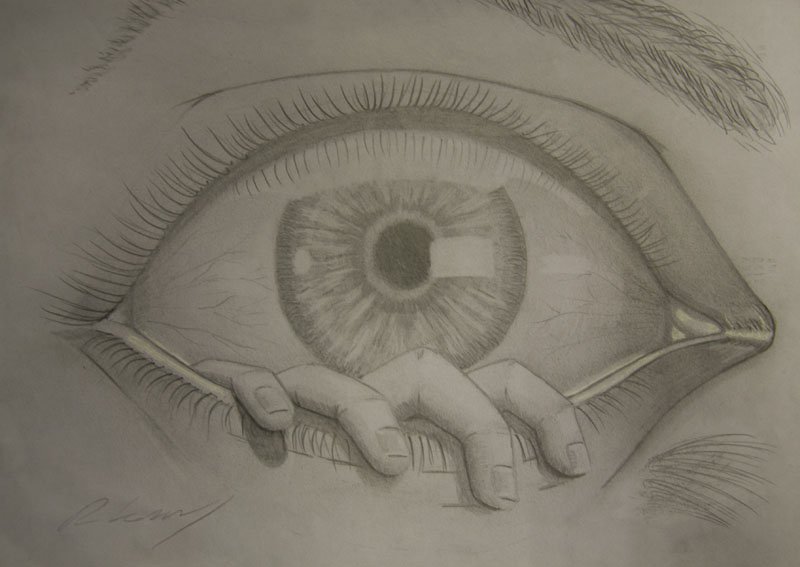 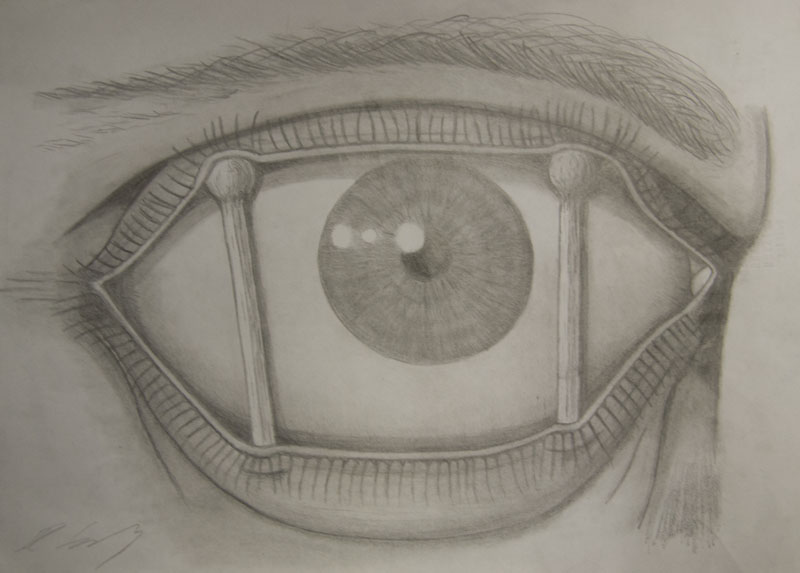 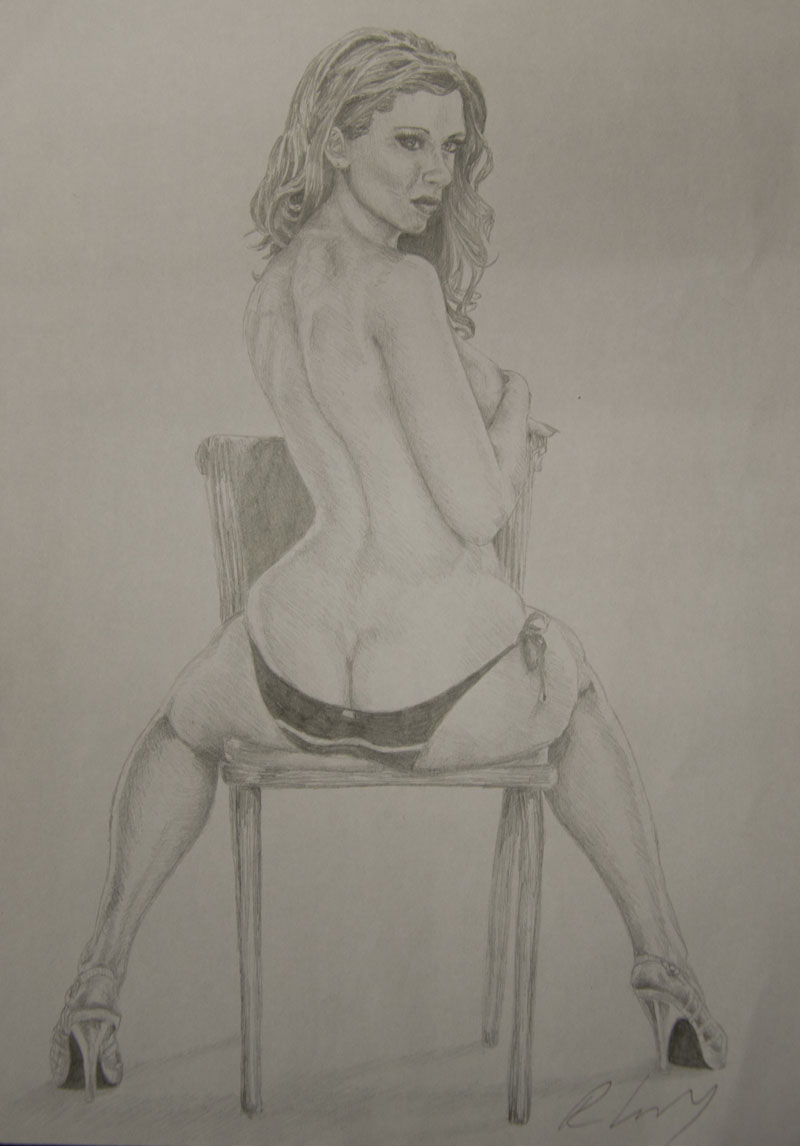 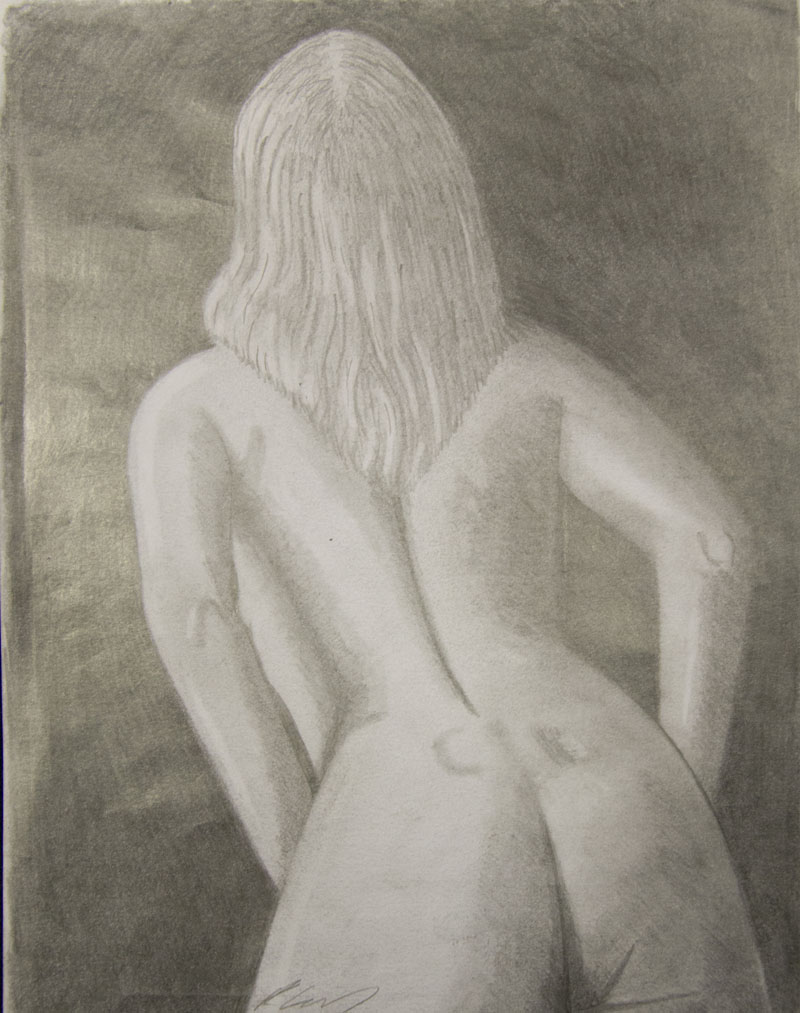 SINISTER drawings by the gangster Reggie Kray are among the lots going under the hammer at an antiques auction in the Cotswolds next week.

The pencil studies include a hand reaching out from an eyeball, an eye held open with a brace – similar to the shocking scene in the movie A Clockwork Orange – and a further study of an eye.

The set of six drawings also includes two studies of nude or semi-nude women in glamour poses, and a sketch of martial arts star Bruce Lee, in a scene from Enter the Dragon.

The drawings were done by Kray during his time at Wayland Prison in Norfolk in 1999 – a year before his release.

The lot is the second with connections to the gangster to be offered for sale by Moore Allen & Innocent in Cirencester in as many weeks. Last week the auctioneers sold a boxing glove presented to Kray by the boxer Rocky Marciano for £580.

Like the boxing glove, the drawings come with a form from the prison authorities granting the ‘handing out’ of the items to a friend during a prison visit.

All of the drawings are signed by Kray, and stamped by prison authorities to the rear. The lot is expected to achieve between £100 and £150.

More signatures of famous names – and some doodles – can be found in a large collection of celebrity autographs.

The signatures, signed photographs and theatre posters were collected by a young autograph hunter in the mid-1980s.

Many of the signed photographs in three albums were sent on request by TV production companies, while the signatures across three pocket autograph books were collected outside the stage door of the Wyvern Theatre in Swindon.

The collection – which is expected to achieve between £300 and £500 – includes signed photographs from the cast of EastEnders, The Bill and Emmerdale Farm, news casters from regional bulletins, and DJs from Radio 1 and 2.

And there are some unlikely autographs – green duck Orville managed to sign his name, along with his operator, ventriloquist Keith Harris, as did puppets George, Zippy and Bungle from Rainbow, along with human companion Geoffrey Hayes.

And while the majority of signatories are – or were – stars of stage or screen, there are a smattering of musicians, and one mountaineer – Chris Bonington.

And mountaineers from the turn of the last century feature in a collection of photographs taken or collected by a British traveller.

Contained across eight albums, the earliest photographs – from the late 1800s – featuring familiar scenes from the European continent: Brussels, Zurich, Rome and Pompeii.

By the early 20th century, however, our intrepid explorer was taking his camera to more exotic locations, including the Canadian Rockies, where he took photographs of mountaineers using rope ladders and pick axes to scale a mountain; Japan, where he visited Kyoto and Kagoshima; and India, where he explored Benares, Agra, Fatehpur Sikri, Lahore, and Peshawar.

A bid of £300 to £500 should secure the lot when it goes under the hammer on Friday, February 20. For a full auction catalogue, log on www.mooreallen.co.uk